A client recently asked us about an advertorial opportunity that a newspaper was offering their community. Their first question to us was “What is an advertorial anyway?” Their second question was “Should we do it? Does it make sense for our senior living marketing strategy?”

We figured our answer would make a great blog post, so here you go!

What is an advertorial?

The word itself is known as a portmanteau. With a portmanteau, you combine two common words to create a new word. Common portmanteaus include “blog” (web + log) and “brunch” (breakfast + lunch). In this case, we’re combining the word “advertising” and “editorial” to get “advertorial.”

At its simplest, an advertorial is an advertisement. But instead of the advertisement being displayed in typical ad format, it takes the form of a newspaper editorial.

Here’s the thing, though: Not everyone understands what a newspaper editorial is.

An editorial is essentially an argument—it takes a position on something and expresses the editor’s opinion. (Think of political candidate endorsements, for example). A newspaper’s editorial section is separate from the journalistic side of things, where reporters remain objective and report only the facts.

An advertorial has the same “look and feel” as other editorials or articles in the publication. In other words, it’s a lot less obvious that you’re looking at an ad because of the format. The advertorial might even read like an article. But underneath, it’s still very much an advertisement promoting a product, service, or cause.

And advertorials aren’t just found in print publications, either. You’ll find them online as well, where they’re more commonly referred to as “native advertising.” The TV equivalent is the infomercial (another portmanteau). Same concept. It’s a sponsored advertisement, but it takes on a different format, like a talk show or news feature.

Hmm. Advertorials sound a little shady. Are they?

There’s nothing shady about advertorials that are done right. When we say “done right,” we mean advertorials that present accurate information from reliable sources, science, and the like—and the publication makes it super obvious that the advertorial is indeed a paid advertisement.

In fact, the Federal Trade Commission requires transparency and clear disclaimers/disclosures around advertorials and native advertising. Unfortunately, however, not everyone plays by the rules. And even when they do, sometimes words like “Sponsored Ad” might not necessarily communicate to the reader that the big article they’re reading is actually a long-form paid advertisement.

And this, of course, is where things can get tricky.

If the advertorial has been put together in a thoughtful and ethical way—with accurate information, reputable sources, quotes from real people, and even consideration for “the other side”—then the advertorial wouldn’t pose a problem. It will simply read like a longer advertisement, one where the reader would need to assess the claims, just as they would if they were to carefully read a digital display ad or a traditional print ad.

But if the advertorial is put together in a haphazard way (remember, no one is fact-checking the advertorial) and the reader misses the disclaimer about it being a paid ad, things can get dicey since the reader could walk away with skewed information—or downright false information.

When it comes to advertising, we all bear responsibility. If we’re involved with advertising, we must endeavor to create ethical ads. As consumers, we must use critical thinking skills when assessing claims made in ads.

Bottom line: If you decide to run an advertorial or native advertisement for your community and you focus on data and facts, rather than spin, you’ll be fine. In fact, you might be more than fine. Because advertorials can be an extremely effective marketing vehicle.

Why are advertorials so effective?

For the same reason they can also be problematic—the format. We humans are much more likely to pay attention to something that’s in an article format than something that screams “ad,” even if we see the disclaimer and we know it’s an ad.

Advertorials also provide more space to mount a compelling “argument”—much more than a typical print ad or display ad. With a print advertorial, you can go much deeper into whatever it is you’re selling, like a product, a service, or—in this case—a senior living community (or the concept of senior living in general).

And digital advertorials (native advertisements) tend to have much more engagement than traditional online ads. Think about native ads that have come across your social media feeds—and all the likes, comments, and shares the ad got. Banner ads and display ads don’t have that sort of activity!

But yes—price points for advertorials that run in premier publications like the Times will cost you a pretty marketing penny.

So should communities run advertorials and native advertising as part of their senior living marketing strategy?

It depends. Long-form ads / native advertising can be effective marketing vehicles, provided the advertorial aligns with your overall marketing strategy and is executed well.

OK, so what are some tips for producing awesome advertorials?

Our suggestions are the same for any senior living advertising campaign. You need to start by carefully answering the following questions:

Can Senior Living SMART help my community with advertorials and native advertising?

Absolutely! We can help you evaluate any advertising offers that cross your desk to ensure they make sense for your goals, that they align with your larger senior living marketing strategy, and that the ad buy works for your budget. Our team can also write and design effective advertorials and native advertisements as well. Get in touch and let’s talk it through. Do You Know Your Senior Living Net Promoter Score? 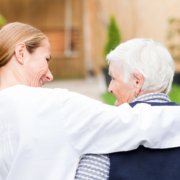