Starting on June 23, 2014, when the Board of Directors of DeMoulas Super Markets (the company that runs Market Basket chain of supermarkets) fired President and CEO Arthur T. Demoulas through August 27, 2014, the country got a lesson on what employee engagement and loyalty can look like.

The firing of Arthur T. Demoulas started a cascade of events that would eventually force his cousin and rival to sell the company to him. It started with the resignation of six high level managers, which resulted in a rally of 300 employees at the Market Basket flagship store. The protesters were not only protecting their rights, but also the rights of the Market Basket customers. In addition to fearing that the new leadership would cut benefits, wages, profit sharing, and bonuses, they were also concerned about losing customers through price increases.

The word on the street was that the firing of Arthur T. Demoulas was the first step in the process of selling the company. The 25,000 employees, many with decades of service, knew they needed to fight for their Market Basket. The protest grew as the employees made their concerns and demands known to the Board of Directors. The protest was peaceful, professional but pervasive. Customers joined in support and stopped shopping at Market Basket. Whether due to loyalty or declining sales, several retailers also cut ties with Market Basket.

After six weeks of protest, with intervention from Massachusetts and New Hampshire governors and much publicity, a deal was brokered for Arthur T. Demoulas to purchase the company.

OK, so what did we learn from this so-called “Market Basket Effect”? Plenty.

Loyalty is built through a positive relationship with your supervisor, confidence in senior leadership, and a belief in the company’s vision and values. Arthur T. Demoulas goes into the stores, talks to employees, and gets in the trenches. He knows his employees and personally calls them when a family member is sick, injured, or in need. He cares.

Market Basket employees are given a living wage, profit sharing, health and retirement benefits, and college scholarships to name a few.

During the protests, shoppers stopped shopping at Market Basket even though it cost them more to do so. Customers boycotted Market Basket and went elsewhere. Then, they took the time to tape their receipts from competing stores on Market Basket doors.

It Didn’t Take a Union

The employees’ conviction and loyalty makes them stronger than any union.

The Board of Directors had no idea of the impact that the loyalty of the employees to Arthur T. Demoulas would have on profitability. They also did not know what was of importance to their employees and their customers.

The Value of a Stakeholder Versus a Shareholder Focus

Senior leaders too often forget that companies should benefit all of its stakeholders: owners, shareholders, employees, customers, and the community versus making money for its owners and shareholders.

There are no shortcuts to gaining loyalty, but Arthur T. Demoulas was—and is—doing something right.

YOU can do right by your senior living employees and customers as well. To learn more, logged-in Members may download our free guide, “Recruitment, Engagement, and Culture: Best Practices” while non-members can grab the resource by filling out the brief form below: 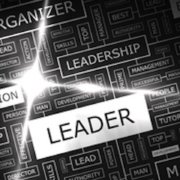 8 Questions that Determine a Great Leader 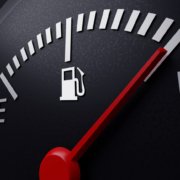 How to Increase Sales In Senior Living: The Occupancy Conundrum 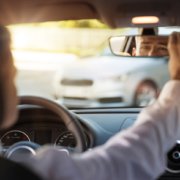 “I’m Not Ready Yet” – Have You Heard This from Prospects? Sell to the Ballerina, Not the Wheelchair
2 replies

Want to join the discussion?
Feel free to contribute!

Turn Your Website Into a Lead Generation Machine [Webinar]